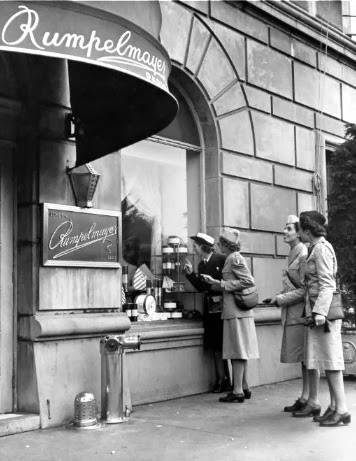 In her memoir This Time Together, comedienne Carol Burnett reminisces about the summer of 1959, when the musical comedy Once Upon a Mattress was enjoying a healthy run. “A few of us in the cast decided to splurge on Saturday night after the show and treat ourselves to a sundae at the most expensive ice cream parlor in New York City: Rumpelmayer’s, in the St. Moritz Hotel on Central Park South,” she recalls. “I was flush with the excitement of being in a hit stage show and raking in $80 a week to boot. I could afford a Rumpelmayer’s treat.1

“Rumpelmayer’s was a pretty posh ice cream parlor. You could spot familiar faces there anytime after the bows had been taken and the lights had dimmed on Broadway for the night. Some folks went to nightclubs and bars, but those who had a sweet tooth and who also wanted to be seen went to Rumpelmayer’s. I remember having peeked in a few months earlier and spotting Marlene Dietrich in a gorgeous gray pantsuit at the counter, elegantly digging a long-handled spoon into a whipped cream goodie.”

Read more
Posted by Henry Voigt at 10:56 AM No comments:

Survival of the Fittest 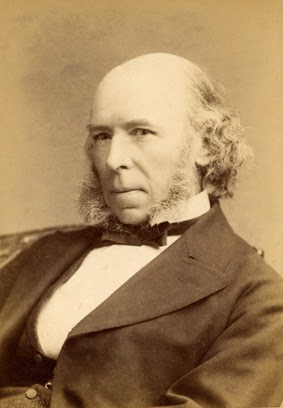 Influential Americans of the Gilded Age were comforted by philosopher Herbert Spencer’s ideas which adapted the theory of evolution to human society. Considered one of the most intelligent men of his generation, Spencer coined the phrase “survival of the fittest,” a concept more related to laissez-faire capitalism than Charles Darwin’s system of biological natural selection. On November 9, 1882, two hundred distinguished gentlemen gathered at Delmonico’s in New York to honor the British philosopher before he departed for England, thereby ending his three-month visit to the United States.1 And while Spencer dreaded having to attend this banquet—he was an insomniac who became irritable and grumpy when something threatened to encroach on his privacy—the other participants were excited about an evening that promised to touch on the burning issues of the Victorian era, such as “intelligent design, the proper role of government, America’s place in the world, and God’s existence.”2 Ironically, the menu shown below unwittingly evokes the theme of this dinner.

Read more
Posted by Henry Voigt at 9:32 PM No comments: