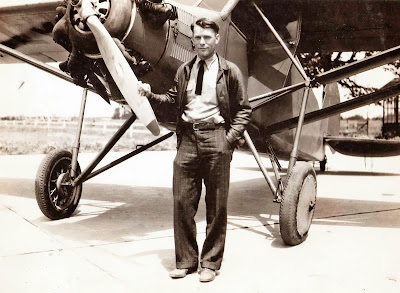 On a foggy morning in July 1938, a 31-year-old aircraft mechanic named Douglass Corrigan took off in a jerry-built plane from an airfield in Brooklyn. Disappearing into the haze, he carried with him some chocolate, two boxes of fig bars, one quart of water, and a U.S. map marked with a flight plan to California. Twenty-eight hours later, he landed in Dublin. Since he had repeatedly been denied permission to fly across the Atlantic, Corrigan told the authorities in Ireland that he left New York the previous day heading for the West Coast, but somehow “got mixed up in the clouds and must have flown the wrong way.” He theorized that the low-light conditions might have caused him to misread the compass. That was his story and he stuck to it.
Read more
Posted by Henry Voigt at 8:42 AM 2 comments:


Thanksgiving was once regarded as “a Yankee holiday.” In the eighteenth century, the clergy in New England used it as an opportunity to rail against the British, and after that issue was resolved, they turned their attention to slavery. The autumnal celebration gained in popularity during the nineteenth century, as New Englanders migrated to other parts of the country. Two menus from Thanksgiving in 1852 stir the imagination, taking us back to a distant time and place. One is a rare survivor from a ship on the high seas. Proclaiming the special day in large script, it stands in marked contrast to a menu from a hotel in Connecticut, where curiously, the reference to Thanksgiving is much less obvious.

Read more
Posted by Henry Voigt at 8:13 AM 4 comments: