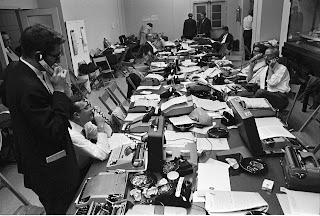 Some believe the adversarial relationship between the press and the White House started with Watergate, the political scandal that led to President Nixon’s resignation in 1974. However, there were already signs of strain in the 1960s when the term “credibility gap” came into widespread use, describing skepticism over the veracity of the Johnson administration’s public assessments of the Vietnam War. Although it may not be possible to pinpoint an exact date, trouble began soon after the first large-scale military deployment in March 1965, when the 9th Marine Expeditionary Brigade landed at Da Nang.

Six months earlier, when President Johnson accepted his party’s nomination on August 27, 1964 (coincidentally his 56th birthday), the press corps could still be depended upon not to reveal too much to the American people, such as photographing FDR in his wheel chair, or digging too deeply into JFK’s peccadilloes. The menu below captures the spirit of that somnolent era. Featuring a typewriter and microphone where the presidential seal is normally situated, it was made by the White House staff for those covering the last day of the Democratic National Convention in Atlantic City. Presciently, the breakfast begins on a “Campaign Promise” and ends with a “Wake-up Special.” 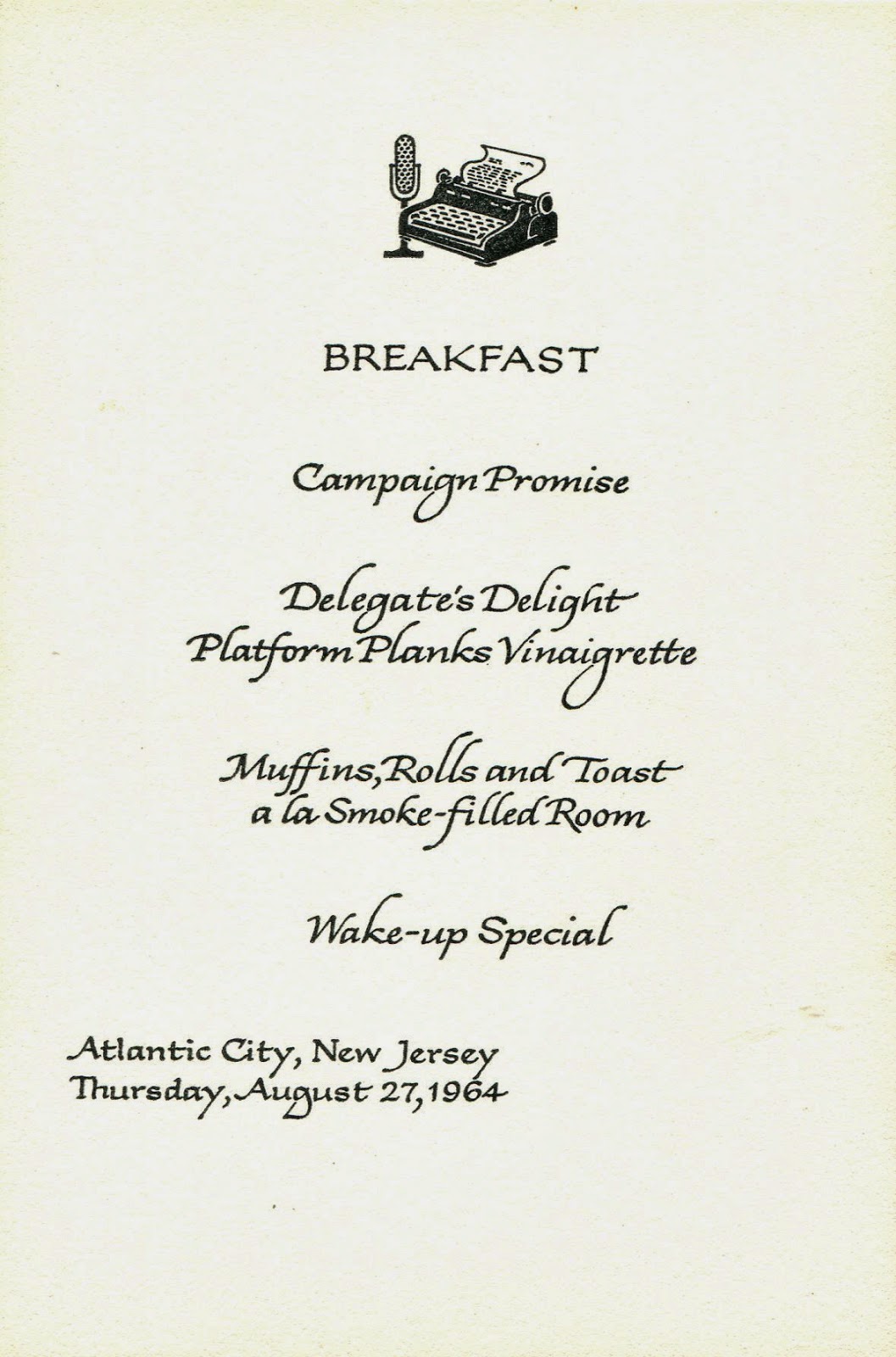 Love this! I know a radio reporter who may have been there! Will have to ask him!