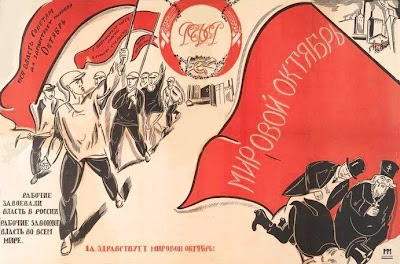 One of the most intriguing aspects of ephemera is that it reminds us of long-forgotten events. A case in point is provided by three scarce menus from the time of the Russian Revolution. Interestingly, they were saved by people who found themselves on the losing side of the conflict—Russia’s ill-fated bourgeoisie; foreign intelligence officers;  and the United States Army sent to fight the “Red” Bolsheviks.


The small menu card below, dated five years before the revolution, comes from a Sunday dinner in 1912 at a restaurant named Kukhmister Nikolae in St. Petersburg.  At the time,  Russia’s middle class was growing rapidly. 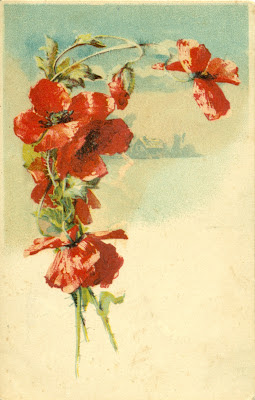 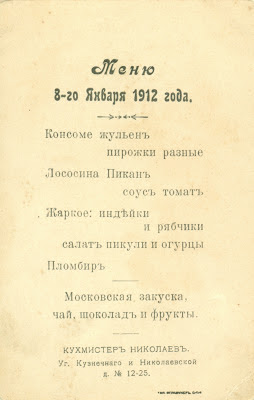 A translation is shown below….

Ice Cream
——
Moscow-style hors d’oeuvre,
tea, chocolate, and fruit
——
Kukhmister Nikolae
At the corner of Kuznetsky and Nikolaevsky Streets
No. 12-25

The Kukhmister Nikolaev was situated on the ground floor of a fin-de-siècle apartment building (shown below in 1999), across the street from a stately neoclassical church.1 This prosperous, middle-class neighborhood met with a harsh reversal of fortune in 1917, when a series of revolutions erupted that are now collectively called the Russian Revolution. The czar was deposed in February of that year and when the Bolsheviks seized power eight months later,  an all-socialist government was installed that excluded the bourgeoisie. Despite the social turmoil in Russia during much of the twentieth century, a modest eatery was still operating at this address until the mid-1990s, outlasting even the Soviet Union. 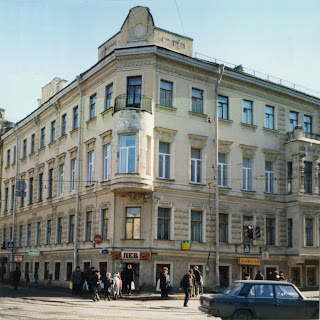 The 1917 menu below comes from the Paris Café in Archangel (Arkhangelsk), an ice-encrusted port on the far-northern White Sea. Due to its remote location 750 miles north of Moscow, Archangel was the stronghold of a loose confederation of anti-Bolshevik forces called the White Army. The city was able to resist Bolshevik rule until 1920.  The menu was discovered in the papers of a British naval officer who was stationed at Archangel; Some believe he may have had a role in intelligence. Dated September 6th, this à la carte menu appeared only seven weeks before the Military Revolutionary Committee in St. Petersburg launched the so-called October Revolution, directing armed workers and soldiers to capture key buildings, including the Winter Palace.2, 3 Whether or not the Paris Café was a nest of spies, it was certainly a hotbed of political and military activity during this important period of Russian history. 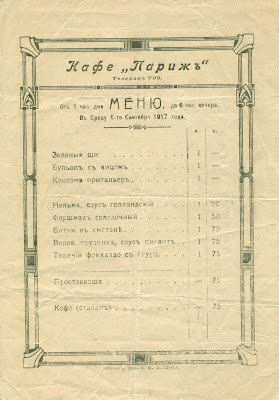 The menu is translated below, showing the dishes served during the traditional dinner hours in the afternoon. It is not known whether the café served a light supper in the evening.

Notes on Russian dishes:
a. Shchi is a cabbage soup made with fresh or salted cabbage and traditionally served with boiled potatoes. Other vegetables like celery root, turnips, or parsley root are often added. In addition, beef brisket or pork are also used.
b. The nelma is a semi-migratory fish belonging to the family Salmonidae that is distributed in the basin of the Arctic Ocean from the Ponoi River to the Mackenzie River.
c. Forshmak, a mixed (or layered) herring dish, is found in Russian and Jewish cuisines. The skinned and deboned salt herrings are soaked in milk and often minced with caramelized onions and grated apples, before being combined with various other ingredients, such as mixed cold meat, mashed potatoes, sour cream, and breadcrumbs.
d. Prostokvasha is a cultured, low-fat fermented milk, much like yogurt, only slightly less firm.

In March 1918, the Bolshevik Party changed its name to the Communist Party.  That summer, just as the First World War was ending, a full-scale civil war erupted in Russia. President Woodrow Wilson decided to intervene, sending three regiments to the northern ports of Murmansk and Archangel. This expedition of  5,000 troops was named the American North Russian Expeditionary Force. Also known as the Polar Bear Expedition, these units of the U.S. military (supported by British-led troops) engaged in direct combat with the Red Guard and the Red Army, while providing assistance to the anti-Bolshevik Russian forces.


At the same time,  8,000 American soldiers arrived in Vladivostok, the far-eastern Russian port on the Sea of Japan. These troops soon faced difficulties in getting their ammunition and water-cooled machine guns to function properly in the sub-zero conditions of Siberia. In addition, the weather created innumerable logistical problems, causing shortages of basic food and supplies. Despite such difficulties, the U.S. military was able to deliver traditional holiday fare to these troops on Christmas in 1918, accompanied by festive menus like the one shown below. For whatever reasons, no such menus were sent to the American troops still fighting in Russia on Christmas the following year. 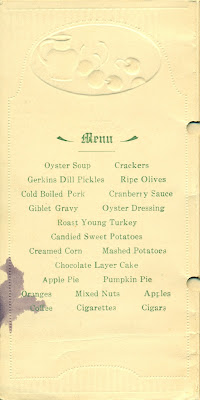 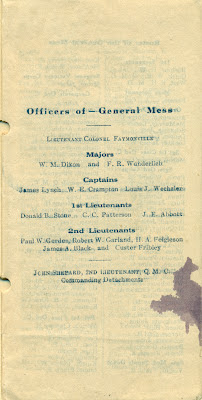 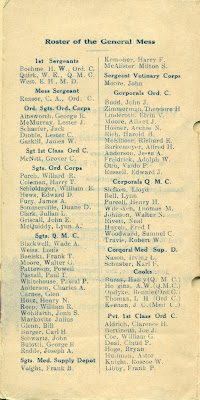 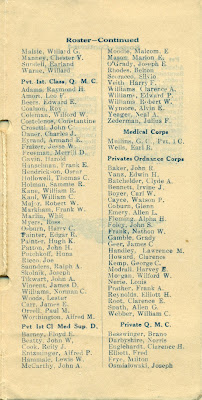 In addition to the food, this menu shows where the troops were deployed, but provides no clues as to why they were there. Even so, it raises some interesting questions. The Allied intervention (or invasion, depending on your point of view) continued until April 1, 1920, when the last American soldiers were pulled out of Siberia, nineteen months after they arrived. The smaller expeditionary force at Archangel had already been withdrawn the previous year. In the end, it was reported that 424 American soldiers had died from all causes during these expeditions. Two years later, the Communists established the Soviet Union, a single-party state that lasted until 1990.

Notes
1. Built by architect Avraam Melnikov in the 1820s, the former orthodox church houses the Russian State Museum of the Arctic and Antarctic.
2. The dates on these Russian menus are based on the Julian calendar. The date September 6th on this menu corresponds to September 19th on Gregorian calendar, or Christian calendar, used in the west. Russia adopted the Gregorian calendar in 1918.
3. The prices are shown in rubles and kopeks, or cents. The dollar-ruble exchange rate continuously slipped during the First World War, dropping from about 50 U.S. cents per ruble in 1914 to 28 cents during the first quarter of 1917. The value of the ruble rapidly plummeted when Russia descended into anarchy later that year. In October, the American consul general in Moscow advised a colleague that “the Russian official rate is purely fictitious, nominal, and constantly changing.” New York Times, 7 December 1990.
Posted by Henry Voigt at 10:22 AM

Ah, the pickles beloved by Russians and Americans!

What would the "cold boiled pork" shown on the American Christmas meal have been like? It doesn't sound very appetizing. Would it have been like a pate?