Come Fly with Me

Although stewardesses are now called flight attendants, some things in commercial aviation have not changed much over the years, such as the in-flight meals. Restaurant critic Bryan Miller once observed, “The quality of food is in inverse proportion to a dining room’s altitude, especially atop bank and hotel buildings (airplanes are an extreme example).” It is not as if the airlines never tried. For example, during the years immediately after World War II, when transatlantic air travel was still a novelty, American Airlines worked with famous restaurants to improve the quality of its food on their new routes to European destinations.1 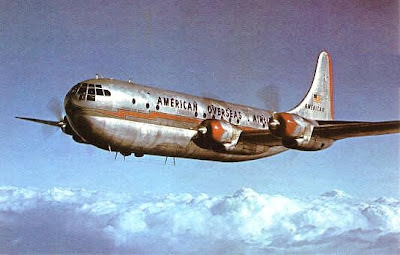 There was plenty of time to eat during the fourteen-hour journey, as the unpressurized DC-4 made its way from New York to Europe via Boston, Gander (Newfoundland) and Shannon (Ireland).2 The large menu shown below comes from American Airline’s inaugural flight to Copenhagen and Stockholm on January 1, 1946. The lunch for this special event was catered by Jack & Charlie’s “21” Club. Operating as a speakeasy during the Roaring Twenties, the restaurant later moved uptown to West 49th Street where it achieved the height of respectability. Although it was never a private establishment, Jack & Charlie’s “21” Club burnished its image as an exclusive society haunt, as reflected by this bill of fare. 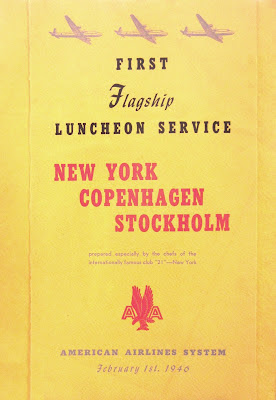 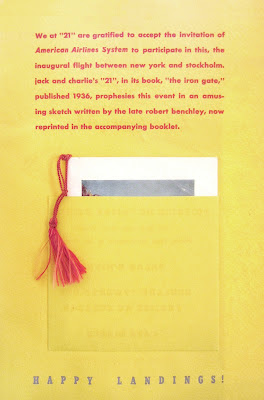 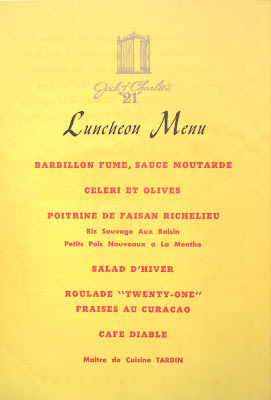 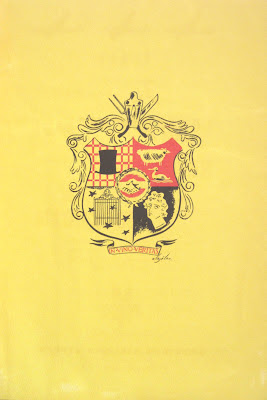 Catering this luncheon for fifty-six passengers must have been regarded as a good promotional opportunity. The Jack & Charlie's "21" Club logo is prominently displayed on the back of the menu and some reading material about the restaurant is tucked into an inside pocket; the "playlet" shown below by humorist Robert Benchley first appeared in their magazine “The Iron Gate” in 1936. 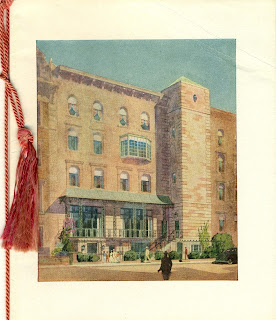 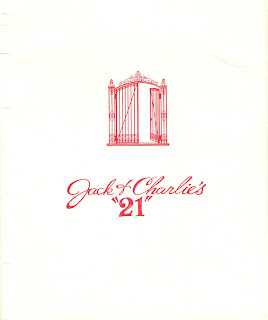 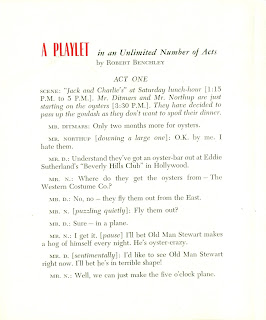 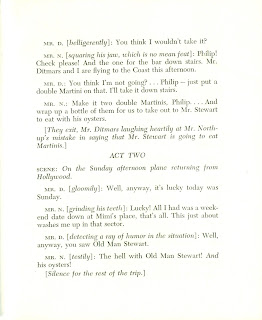 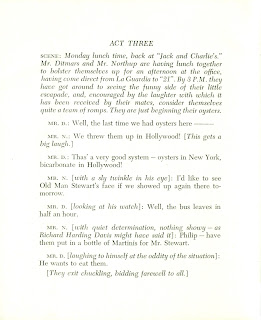 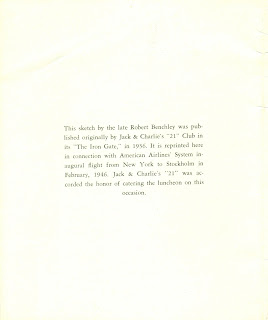 Forever securing its position as a pioneer in aviation, American Airlines removed the olive oil from its salads in 1987, a cost-cutting measure that experts believe was the first of its kind in the airline industry.3 Now, after years of belt-tightening, some international carriers are working to improve the quality of their food, but they face the same obstacles—the absence of open-flame grills and ovens, cramped galley space, and the fact that airline crews are not trained as chefs. There is also the basic problem that the change in air pressure numbs the taste buds; adding ample amounts of salt and spice can only help so much. And so once again, the airlines are turning to well-known restaurants and celebrity chefs, if for no other reason than to improve the perception of their food.4

Notes
1. American Export Airlines, owning the transatlantic rights for destinations in Northern Europe, was merged into American Airlines in 1945 and renamed American Overseas Airlines (AOA). Believing that there was no future in transatlantic air service, American Airlines sold AOA to Pan American World Airways in 1950.
2. The reliable Douglas DC-4 was replaced on the Atlantic routes by the Lockheed Constellation on 23 June 1946.
3. American Airlines filed for bankruptcy protection in November 2011, and now faces the ultimate humiliation of possibly merging with U.S. Air.
4. New York Times, 10 March 2012.
Posted by Henry Voigt at 4:08 PM

Oh Henry! What an amazing menu. Eating that kind of food on the ground would be fabulous today... but in the air???? A miracle. Thanks for sharing that rare beauty.