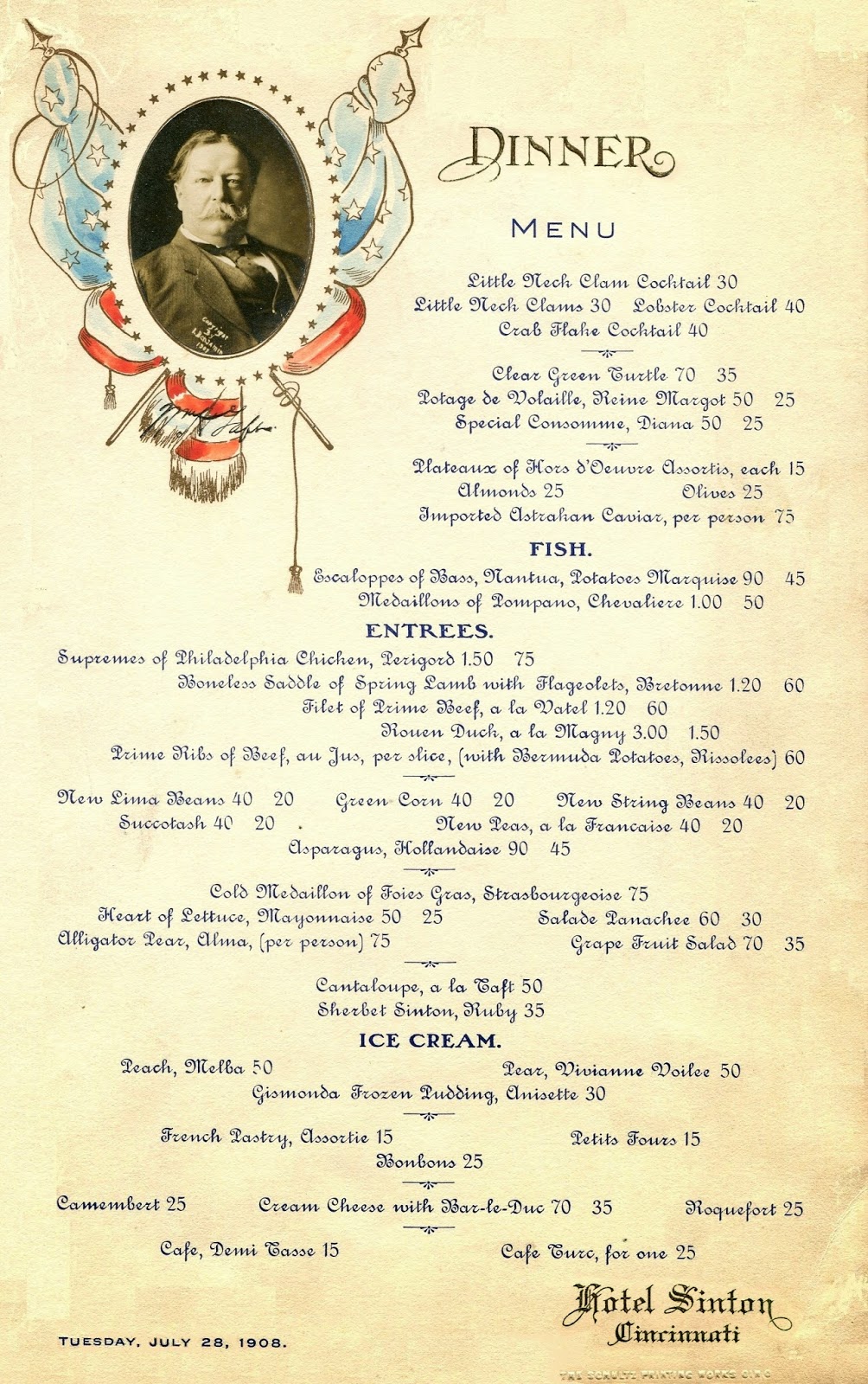 This daily menu from the Sinton Hotel in Cincinnati reflects the city's exuberant mood on July 28, 1908, when William Howard Taft accepted the Republican nomination for president from the portico of his Federalist mansion. Feeling the intense heat of that hot summer day, the 300-pound Taft passed over large sections of his speech, explaining to the crowd that they could read his entire oration in the newspapers.

“Taft is Notified; Cincinnati Joyful,” declared the New York Times. “Notification day was made a holiday by the people of Cincinnati regardless of party. Most of its citizens were awakened this morning by the booming of cannon from seven hills. Later there were concerts in the downtown parks, parades, a flag raising at the Taft household, daylight fireworks, balloon ascensions, automobile rides…and tonight the heavens were ablaze for hours with fireworks. From a brilliantly lighted river steamer Mr. Taft, surrounded by the visiting Politicians and a host of his friends, witnessed the night display. The weather was perfect...

“The streets were a mass of waving colors, and at night countless electric bulbs outlined tall buildings in the varied-colored splendor and formed decorative designs of unusual beauty...the American flag was almost exclusively used in the decoration of the city. Several of the taller ‘skyscrapers’ displayed a flag from every window…” 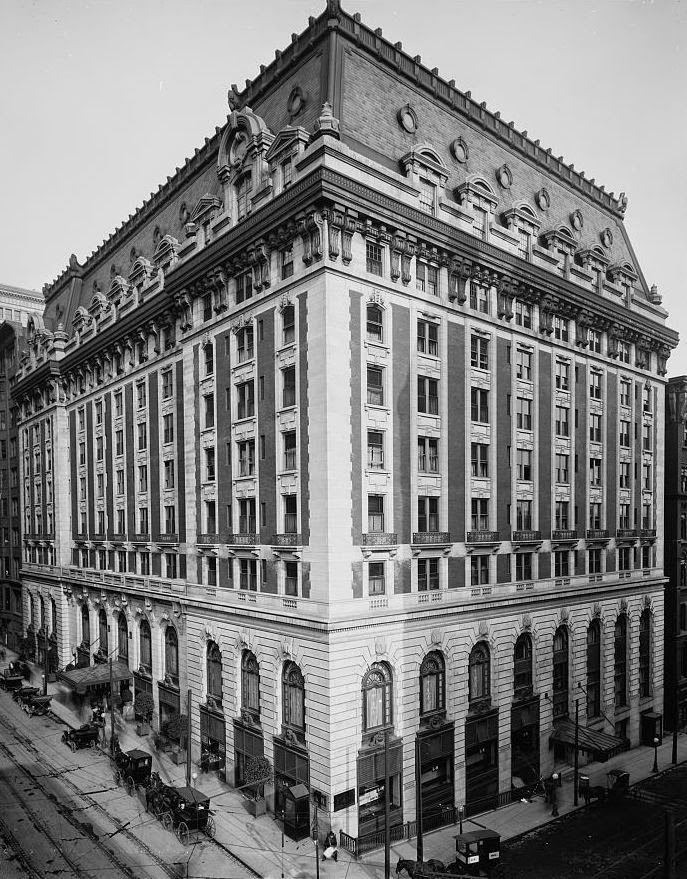 The Sinton Hotel on Fourth and Vine was one of the flag-draped “skyscrapers” on Notification Day in 1908. Anna Sinton, one of Ohio’s wealthiest heiresses, was married to Charlie Taft, the future president’s half-brother. It was the Sinton money that propelled Taft to the presidency in November, giving William Jennings Bryan the worst defeat of his three presidential campaigns.

This period of American history is remembered as the Age of Confidence, or simply the “good years.”


Note
1. When the Beaux-arts Sinton Hotel was demolished in 1960s, some of the local Rookwood Pottery tile panels in the dining room were preserved at the Cincinnati Art Museum. This hotel is also remembered as the place where eight players of the visiting Chicago White Sox allegedly agreed to throw the 1919 World Series to the Cincinnati Reds.

I have just come across your site which I find an interesting way of looking at social history.

I would be interested to know what Succotash is.