The Many Landings of William Penn 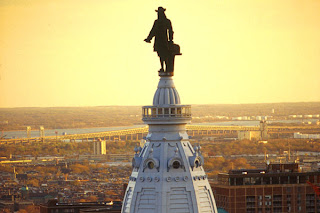 This November is the 329th anniversary of the landing of William Penn. Today, a statue of the entrepreneurial Quaker stands atop the Philadelphia City Hall, looking out over the City of Brotherly Love. (Many people think it is Benjamin Franklin.) In the early nineteenth century, Americans knew more about William Penn than they did about the Pilgrims who may have disembarked at Plymouth Rock.  A menu from 1854 reflects the importance once accorded to Penn's arrival in the New World. 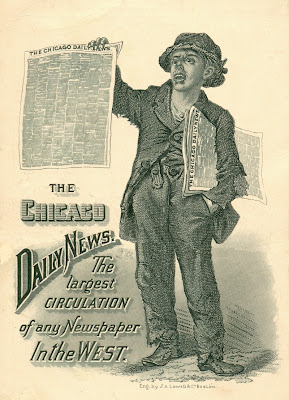 “…The works of religion and charity have everywhere been manifest. Our country through all its extent has been blessed with abundant harvests. Labor and the great industries of the people have prospered beyond all precedent…”
— President William McKinley,
Thanksgiving Day Proclamation, 1900


Woolf’s clothing store, situated on State Street across from the luxurious Palmer House, closed early on the day before Thanksgiving in 1900, as it had done for years, in order to get ready to serve a holiday dinner for the poor of Chicago. It was unseasonably cold that afternoon; the temperature had already dropped into the teens when the store clerks sprang into action. In what had become a well-orchestrated ritual, they stored away the goods and removed the counters from the main floor. Next, the table were brought in, covered with marbled oilcloth, and decorated with flowers, fruit, and pyramids of small cakes.1 After carefully arranging a thousand place settings, reportedly with as much precision as you would find at a fine hotel, the clerks donned white aprons and jackets just before opening the doors at 6 PM, ready to serve old-fashioned turkey dinners to the multitudes who would begin filing in from the frigid weather.
Read more
Posted by Henry Voigt at 8:33 PM 1 comment: