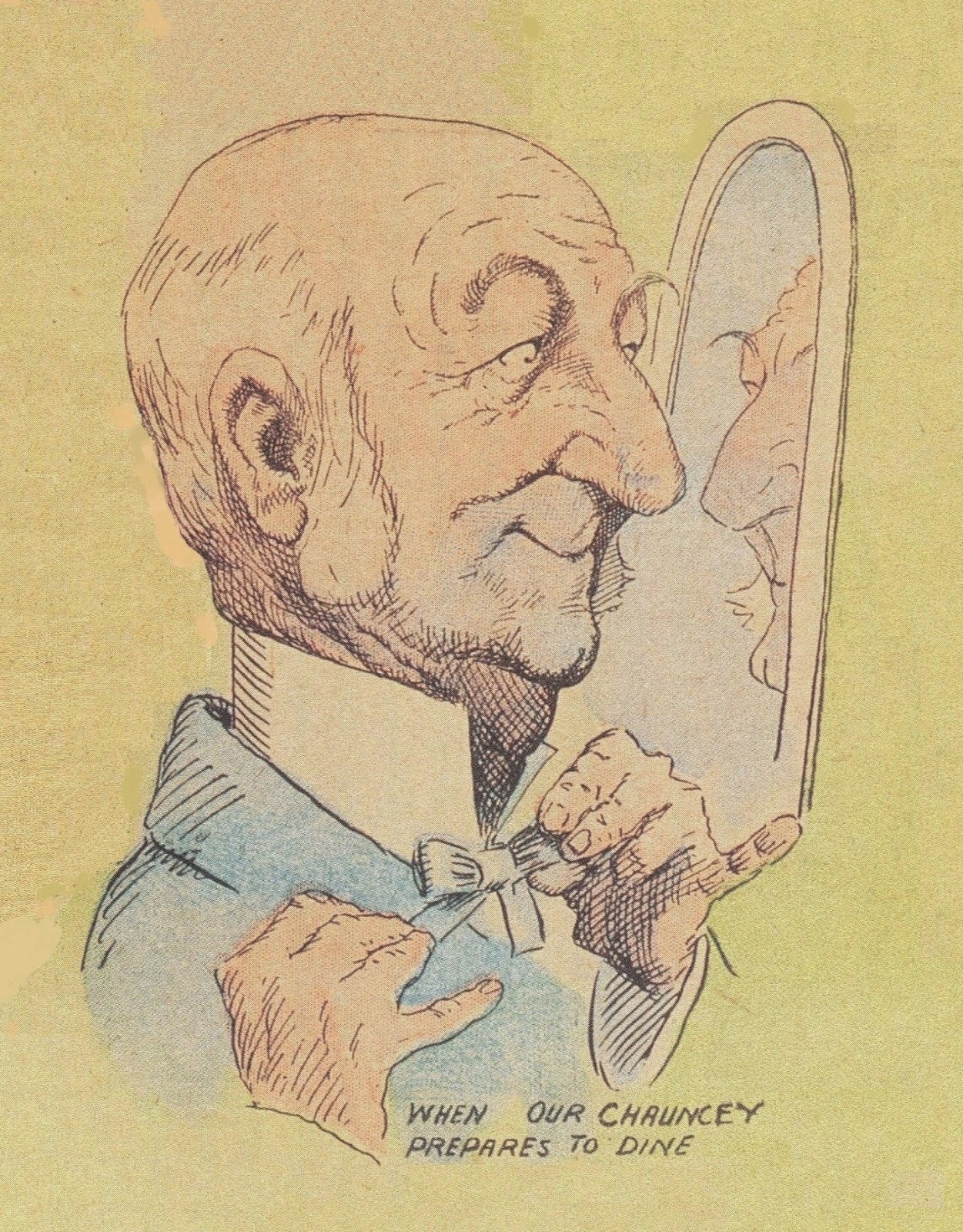 Chauncey Depew was very busy on Monday, February 17, 1890. In addition to being the president of a railroad, Depew headed the World’s Fair Committee, charged with securing the upcoming Colombian Exposition for New York. It had been four months since the city's aristocrats had discussed the matter over dinner at Delmonico’s and time was running out; Congress was expected to make a decision by the end of the week. And yet, even at this late date, the state’s political leaders were still divided as to whether they wanted to host this massive event—the municipality was difficult enough to manage without the added burden of millions of visitors. Depew was now making one last effort to align the warring political factions. While the newspapers seemingly reported his every move, two menus provide additional information about his exact whereabouts on a day marked by striking contrasts.

This article was first published in the 2010 summer issue of Gastronomica. It is posted here as a prelude to the essay titled “Chauncey Depew’s Big Day.”

At grand dinners of the Gilded Age, canvasback duck was a typical autumn dish, much appreciated for its subtle flavor of celery. In the fall of 1889, however, the species was suddenly scarce. There were reports from Havre de Grace, Maryland, a small town at the mouth of the Susquehanna River, that storms had driven mud over the wild celery upon which the canvasbacks liked to feed.1 Some feared the ducks had simply been overhunted.1 Whatever the trouble, Charles Ranhofer, Delmonico’s longtime chef, could not get his hands on them—not even for someone the New York Times would shortly proclaim “the wealthiest man in the world.”2
Read more
Posted by Henry Voigt at 8:43 AM 3 comments: