The Halcyon Days of San Quentin 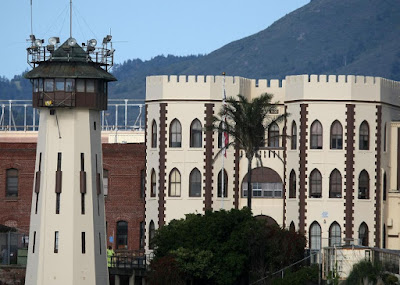 One of the most intriguing things about old menus from San Quentin State Prison is that they were saved as mementos. The legendary prison, situated on the north side of San Francisco Bay, was established to hold miscreants during the Gold Rush. Over the years, it has grown large enough to warrant two ZIP codes—one for inmates (94974) and one for Point San Quentin Village (94964), an adjacent community originally built to house the prison’s employees and their families. The menus mostly come from the period between 1928, shortly after the East Block opened (now described as a crumbling, leaky maze) and 1940. A dozen menus and related ephemera take us back to this bygone era when the guards enjoyed the gustatory pleasures of the table. 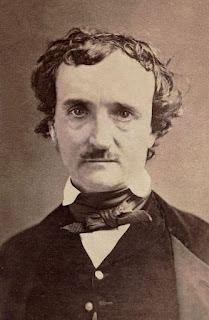 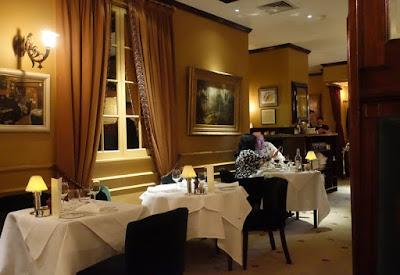 In the previous post, a menu from Wiltons in 2001 was shown with reflections by journalist R. W. Apple, Jr. who ranked this upper-class restaurant in London as one of his all-time favorites. Apple believed that some of its finest seafood dishes were those “least messed around with…perfectly simple, simply perfect and entirely sufficient.” He also felt that this venerable establishment served the best English food in England. Certainly, the traditional cuisine, the elegantly-subdued décor, and the female staff uniforms (evocative of a Victorian nanny) all blend together into a harmonious whole, reflecting the epitome of what many of us regard as Englishness. However, back in 2005, if you passed through the swinging doors into the kitchen, you may have heard French being spoken. The dinner menu below from September of that year is signed by then executive chef Jérôme Ponchelle. 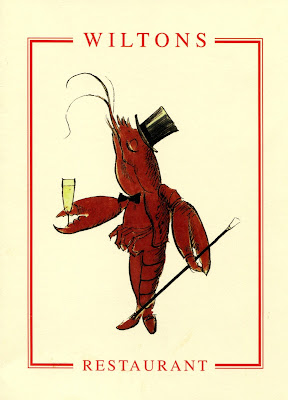 While cleaning out the attic this weekend, I came across a box of forgotten newspaper  clippings. One of the articles appeared in the New York Times in October 2006. It was written by R. W. Apple, Jr., an associate editor who died earlier that month. Known to friends and colleagues as “Johnny,” the celebrated gourmet recounted his ten favorite restaurants during many years of travel. Reading the piece as if for the first time, I was delighted to see a place that would also be on my short list—Wiltons in London. Excerpts from the article and a menu from the period are shown below.

The Heroic Age of Aviation 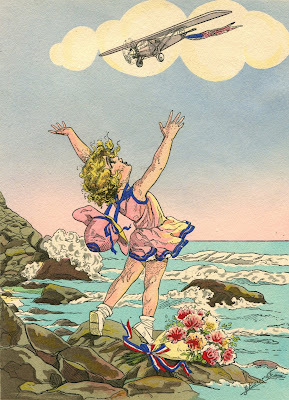 “The American seaplanes are in Calcutta,” the papers in India reported on June 27, 1924. Four U.S. Army planes had arrived at intervals the previous day, each flying low over the Hooghly River crowded with shipping, before making a graceful turn and alighting on an empty stretch of water opposite Prinsep Ghat where people lined the banks to witness their arrival. The aviators were making the first aerial circumnavigation of the world with the help of the U.S. Navy which was providing logistical support. Twelve weeks after taking off from Seattle, they had not yet reached the half way point of their mission.

A Touch of Irony 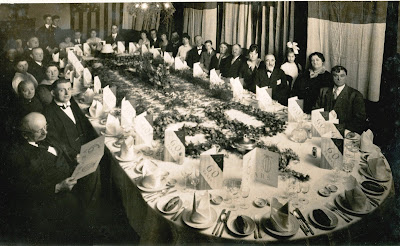 This gathering in San Francisco in 1918 celebrated the 6oth birthday of Jean Baptiste Pon, one of the founders of Bergez-Frank’s Old Poodle Dog where the party was held. Sitting in the foreground, his principal partner, Camille Mailhebuau, casually peruses the menu while everyone else poses for the photograph. (He seemingly took it with him from his seat at the head of the table where there is no menu.) One can imagine why he was interested in reading it—in addition to the French cuisine and vintage wines, the dinner concludes on a oddly prescient note, adding a touch of irony to the affair.

The “Reed Birds” of San Francisco 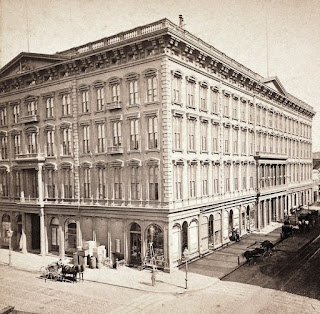 The Occidental in San Francisco was “Heaven on the half shell,” according to Mark Twain who described the daily routine at the luxury hotel in terms of its food service.1 “Here you are expected to breakfast on salmon, fried oysters and other substantials from 6 till half-past 12; you are required to lunch on cold fowl and so forth, from half-past 12 until 3; you are obliged to skirmish through a dinner comprising such edibles as the world produces, and keep it up, from 3 until half-past 7; you are then compelled to lay siege to the tea-table from half-past 7 until 9 o’clock, at which hour…(you) move upon the supper works and destroy oysters gotten up in all kinds of seductive styles until 12 o’clock.” Indeed, a menu from about 1881 shows the restaurant at the hotel served three types of oysters.2 The price for a plate of California oysters was 25 cents, those from the East Coast were 50 cents, and the ones “transplanted” for growth and conditioning cost 37½ cents, precisely positioned in the middle. Another interesting item on this menu is a game dish called reed birds. Unlike the oysters, they are not indigenous to the region, nor were they transported across the country by rail. 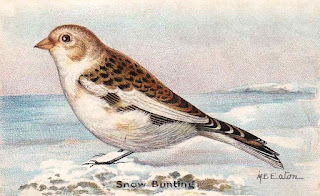 The mislabeling of food was a conventional practice in the nineteenth century when imagination often trumped scruples in the supply chain. While menus may not provide evidence of the most egregious misdeeds, they sometimes indicate puffery, such as when a game bird appears to have been given the name of a fancier species. For example, small rails from the swampy marshes of the Mid-Atlantic might be called ortolans, the European buntings beloved by gourmets in France. Claims of this type were probably not intended to fool the diner so much as to give the occasion a more sophisticated air. However, game birds may have also been mislabeled, or simply left off the menu, when they were served out of season. For a better understanding of this illicit practice, we turn to an investigative article about one such incident. Although I have not yet found a menu to support this report, ephemera tells us something about the restaurant implicated in the story.1